Hey guys, I'm new to the forum, I haven't been able to find much relevant information online about this issue, so here it is. My 2001 Mustang GT recently developed a lean condition on both banks (Codes P0171 and P0174). I got the engine replaced a couple months ago, the engine has about 98k miles on it, I've got an SR performance cold air intake with an off road X pipe. Not sure on the brand since the previous owner was pretty clueless. I recently replaced the fuel pump assembly as well as the fuel filter, cleaned the MAF sensor as well as the reusable air filter to no avail. I'm not very mechanically inclined but I don't hear any hissing noises or see any obvious hoses that are damaged in the engine bay. I recently checked some of the numbers with my handheld tuner, but have gotten conflicting parameters from online forums. For bank 1 the short term fuel trim ranged from 2-7 and the long term fuel trim was at about 12.5. For bank 2 the short term fuel trim was 1.6 and the long term was 16.4. This was on idle at about 700 RPMS, I haven't tried it at various RPMS yet. Additionally, my MAF was reading at 1lb a minute, or 7.5 grams per second and my TPS was at 19.2%. Hopefully this information is relevant and can point me in the right direction on what I should check. I've heard about the trick to spray water on the vaccum lines and listen for the change in RPMS so I might try that but besides that I'm not too sure what I can do. I'd appreciate any insight and I can provide more information if need be, thanks

Are there any exhaust leaks?

It would help to know what STFT's and LTFT's are doing at idle. What about at 2500 RPM's? We are interested to know HOW they change.

I’m with burns. Mine did the same and until I ran my SCT, and logged wtf was going on. It showed right in my face it was my MAF.

My MAF counts wouldn’t change even after I cleaned it. Swapped the maf and voila
Reactions: 1 user

Thanks for the responses guys, I will be able to check some more of the numbers tomorrow on my day off. I cleaned the MAF about as well as I could, When I grab the numbers I'll make sure to get the 02 sensor readings. On my first glance when I tested it last time one of the 02 sensors was at 0.02. I'm not sure if there are any exhaust leaks nor do I know how to check for one. When I first bought the car I could tell it was running rich just from the potent gas smell if you rolled the windows down but now it's switched to running lean for whatever reason and that smell is obviously gone. Also, I forgot to add but the fuel pressure was at 38-40 on that idle and I will see what it reads at various RPMS. Also, alwayshi do you recall what your MAF was reading before you switched it? Because it sure sounds like I might be on the same boat that you were on.
A

Sampinator said:
On my first glance when I tested it last time one of the 02 sensors was at 0.02
Click to expand...

You know that IF the front O2 sensors are always at 0.02 volts there's a problem. It means there's no fuel control. For there to be some fuel control the O2 sensors need to be actively switching high/low around 0.4-0.5.

There are several reason why the O2 would be stuck lean. Examples include:

alwayshi said:
On my SCT it literally read 1.0, at idle, rev, no matter. Haha. I knew then it was bad
Click to expand...

NOTE, this is a BIG part of ODB2 trouble shooting. IE looking for PID's that are not "reasonable" Clearly it's not reasonable for the MAF to be exactly the same at all RPM's. Good catch!
Last edited: Mar 1, 2020
Reactions: 1 users
A

Funny, you’re having lean codes and mine threw a p1132 and p1152 for rich conditions lol.
but i recently supercharged my GT. I was reading our egr system isn’t meant for boost so I’m leading towards that. I have an AFR gauge and it’s at 12-13 in cruising so at least for insurance, I know I ain’t leaning out

Sampinator said:
Because the sensors reading 0.2 and 0.08 don't seem to fluctuate whatsoever. Not sure where I should even start.
Click to expand...

^^^likely this is key symptom of the problem. Find out the reason WHY the O2 sensors are not switching will give focus to further trouble shooting.

To force a lean state, create a temporary vacuum leak while monitoring the O2 sensors.

Having an ODB2 scanner that is capable of graphing how a PID changes over time is helpful. This is especially true for working with O2 sensors.

While working on your car have you ever wanted: to find an ODB2 operational PID value (say fuel pressure or MAF)? How about graph a PID value over time? Or compare multiple PID's over time? Access a bi-directional PCM control such as test a...

@wmburns Thank you for the advice! I'm a little scared to spray carb cleaner in the intake so I will likely just change the 02 sensor and hope for the best. I'm sure you'd advice against this but a $20 part is worth a try in my eyes. Before the lean issue, I've had a recurring P0430 code which I assumed was just due to my car not having cats but perhaps my car was trying to warn me about the sensor. I will be sure to update if I end up changing the sensor with no improvement. Maybe I'll have to take it to an actual mechanic afterall

Sampinator said:
I've had a recurring P0430 code which I assumed was just due to my car not having cats but perhaps my car was trying to warn me about the sensor.
Click to expand...

Just wondering. You are aware that the P0430 applies to the REAR O2 sensor(s) while the P0171 and P0174 apply to the FRONT O2 sensors? As a further reminder that only the front O2 sensors affect HOW the motor runs. The rear O2 sensors are just to monitor the cats. As such do not affect how the motor runs.

Let me give you some food for thought. I'm a big believer in Occam's Razor. The lean DTC affects both banks right? Therefore it's more likely that what ever the cause is it should also affect both banks. What that means is for the lean code to be a "bad O2" sensor it means that BOTH front O2 sensors must be bad. Think about it. Which is more likely? Two bad O2 sensors or a single common fault that affects both banks? Not to say that it's not possible for you to have two bad O2 sensors but Occam's Razor says that it's more likely to be something else.

Or at the very least, rule out the most likely causes before trying something that is less likely. 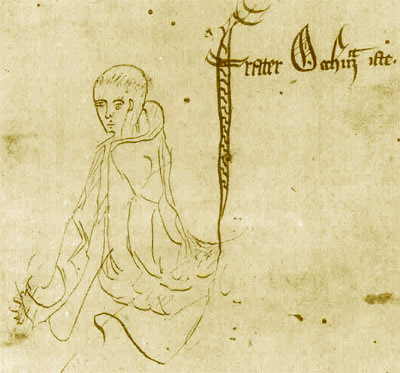 To others looking at this thread. This could be an interesting case study in how it's possible to start well intention trouble shooting by changing parts only to end up at a professional mechanic's shop. IE, start trying parts without a fix. Get frustrated. Go to a professional thus throwing away all of your effort expended before hand.


Sampinator said:
I didn't get the fuel trim numbers exactly but they definitely improved when I brought it up to 2500 RPMS
Click to expand...

Regarding a POSSIBLE common cause that can affect both banks a possible answer is hiding in plan sight. What is one symptom of a vacuum leak? As RPM's go up, the intake vacuum goes down. This causes less un-metered air to be drawn in. This causes fuel trims to go from high positive values (adding fuel) to adding less fuel at higher RPM's.

In my case, I would then use the propane wand around the engine bay while monitoring the O2 sensors. When the propane is near the vacuum leak point, this will show up in the O2 sensors by a rapid switch lean to rich. At this point you will KNOW that a vacuum leak is the CAUSE of the problem. Further you will know where the leak is located.

Brake clean can be used instead of propane. Just need to be much more careful to avoid a risk of fire.

Now if your goal is to avoid paying a professional to fix your car and it gives you piece of mind to change the O2 sensors just to be sure that you are dealing with known goods, then by all means, go for it. After all, in the end, even with changing out a few good parts it's likely cheaper than paying a professional mechanic. However if at the end of your work the car still ends up at the shop, all your effort will be wasted and only beneficiary will be the mechanic (if at all).
Last edited: Mar 6, 2020

Boy oh boy, I listened to your advice @wmburns. I didn't use the carb cleaner method but I instead visually inspected the hoses and found a couple vaccum leaks that I repaired temporarily with some electrical tape. After that, I reset the ECM by removing the negative battery cable for 15 minutes and it ran like a dream.... for a day. Both of my fuel trims went back up to extremely lean after some more checking, I found the IAT sensor just hanging out in my engine bay, plugged in and working but not in my cold air intake whatsoever. So there's a rather big hole in the side of CAI where the sensor should be just letting in heaps of unmonitored air and the sensor won't fit in there because the grommet is missing. I assume the mechanic lost the grommet or something and just decided not to tell me. I couldn't find the grommet on RockAuto but I will try Oreilly's. I'm sure this has been the underlying issue though, I will be sure to follow up once I figure out how I'm gonna get that sensor back in. If anyone has any leads on where I can find the specific grommet I'd greatly appreciate it!

Update: I got the IAT sensor all setup in my CAI. I also found that the fuel rail for bank 2 was a little loose so that was tightened down and the ground that connects to the bank 1 COP's and spark plugs was extremely loose so I tightened that down as well. Reset the ECU once more and it ran great running to work. We will see if my fuel trims go back to lean again

when I supercharged my GT, my IAT grommet had it too. I just went to my local hardware store and found a new grommet. Works like a charm, even under 11lbs of boost. Under a buck too!
Show hidden low quality content
You must log in or register to reply here.

Fuel Both banks lean, fuel pressure is at 30

D
2001 Mustang GT will crank but not start