The wheel seems to be centered, but the wheels rub on the front bumper when turning and the whole thing feels loose. Sometimes it’s on center, sometimes it’s not. I looked under the car and saw that the sway bar bushings are cracked in the same place on both sides, and I don’t remember them being that way before the accident. I think the loose steering may be caused by cracked and old bushings throughout the system. I’m planning on replacing everything with polyurethane when I can, so hopefully that will resolve the problem. As for the bumper rubbing, that’s anyone’s guess. Those bushings are split. That’s just how they look. 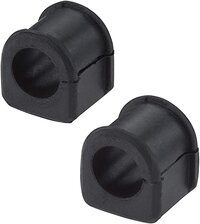 That's no. Crack in the bushing,it's a slit so you can remove/install, check out pics of new ones and see for yourself.

Mustang5L5 said:
Those bushings are split. That’s just how they look.

Check the rag joint. Have someone turn the steering wheel while you watch the joint. If you follow the steering shaft from under the brake booster you'll see it below the power steering pump area. Its common for them to wear out and cause an issue like you are having.

Mustang5L5 said:
Those bushings are split. That’s just how they look.

Well now I feel like an idiot. Thanks for clearing that up for me, I'm always learning something new with this stuff.

90sickfox said:
Check the rag joint. Have someone turn the steering wheel while you watch the joint. If you follow the steering shaft from under the brake booster you'll see it below the power steering pump area. Its common for them to wear out and cause an issue like you are having.
Click to expand...

The rag joint was something I was looking into before, and I had gotten a new ball and socket steering shaft before the accident to correct the problem, I just hadn't had a chance to get it installed. The steering has always been loose. It got worse when I cranked the steering wheel trying to get it on a flatbed (see earlier post) and now after the accident it seems to be even worse, despite the rest of the car being repaired.

Looks like your missing the top plate that holds the swaybar bushings in place,that or they're broken.

I’m back! The weather is nicer here so I’ve been spending some time with the car and I’ve already found some issues and I have a situation I need some advice on.

I was underneath the car investigating some pretty serious oil leaks when I noticed a crack in the left frame rail from when I was involved in the accident last august. It’s pretty small, maybe 1-2mm across, and maybe a 1 cm long. Here’s a picture of it: The camera flash washed it out a little bit, but it’s clearly visible. In addition to this little discovery, there’s still the issue of the the car not tracking straight and the front left wheel rubbing on the front bumper when at full lock.

The guy I sent the car to to get worked on after the accident is the same guy who sold me the car. I think he outsourced the frame repair to one of his buddies and took care of the paint himself. I told him about the issues I’ve been having, and he said that some mustangs just rub, the car probably just needs an alignment, and he can weld up that crack.

I guess my question to you guys is, isn’t an alignment something that should have been done by the shop after a frame repair? Also, should I get a second opinion or should I give him a chance to fix it? I would want it done for free since it should have been taken care of the first time around, but we haven’t talked about that yet.

My biggest fear here is that the frame still isn’t straight and I’m out a lot of money for a repair that wasn’t done right.

My suggestion is that it's time to find a professional frame repair shop and let them check it out. Since it doesn't track straight, that's the most important thing to get fixed first, then deal with the crack welding and alignment after that. Sounds like your buddy may not be the best person to be dealing with on these issues.
Reactions: Alldegree

Get a second opinion, it may cost a few bucks but it will give you an idea of what the issue is or it may not be an issue at all, take it to a body shop that has a frame machine. That is what I would do.
Reactions: Alldegree

You're going to need a frame machine. That's the only way to tell if the car is straight or not.

That crack is likely due to flex from the sway bar. When you turn and place a load on the sway bar, it's transferring into the frame rail roughly in that area. My guess is that over time, it's likely to get worse. In fact, you may want to remove the sway bar to buy some time. But you can clearly see the signs of a crumple zone there that took the impact when you hit. That means the rail on that side is pushed towards the firewall a tiny bit.
Reactions: Alldegree

That frame rail doesn't look straight to me. If it were me I'd have it on another shops frame machine for a second opinion. I'd rather spend the money and know what I'm dealing with.

Doesn't look like it would be too hard to weld that crack up. The wave in the frame rail above it would be my concern.
Reactions: Alldegree

Mustang5L5 said:
You're going to need a frame machine. That's the only way to tell if the car is straight or not.

That crack is likely due to flex from the sway bar. When you turn and place a load on the sway bar, it's transferring into the frame rail roughly in that area. My guess is that over time, it's likely to get worse. In fact, you may want to remove the sway bar to buy some time. But you can clearly see the signs of a crumple zone there that took the impact when you hit. That means the rail on that side is pushed towards the firewall a tiny bit.
Click to expand...

Will it get worse even after welding? I know the integrity of the steel is compromised, but is there any way I could get something in there to get it reinforced?


I contacted a body shop with a frame machine yesterday that was recommended to me by the restoration shop I’ve been using. I left a message before they opened and didn’t hear back from them for the rest of the day so I called them at 3:00, got the shop foreman who told me they couldn’t look at the car right now because there’s a truck stuck on the lift. He said he would call me back when they figured out how to get it down. I don’t know what to make of that, honestly. It sounds like a pretty convenient story they would tell someone they know they probably won’t make much money on.

I know with frame damage the car won’t be exactly the same again, but if it’s fixed properly it shouldn’t be an issue unless I get into another accident, right? The car’s not “ruined”?


Willybill32 said:
Sounds like your buddy may not be the best person to be dealing with on these issues.
Click to expand...

The car won't be ruined, but it's hard to say how extensive the damage is based on that picture. Need to really see if it's straight first, then decide how to weld up that tear. It can be either patched, or you can use an entire frame rail kit. But ultimately it should be done on a frame straightening machine. 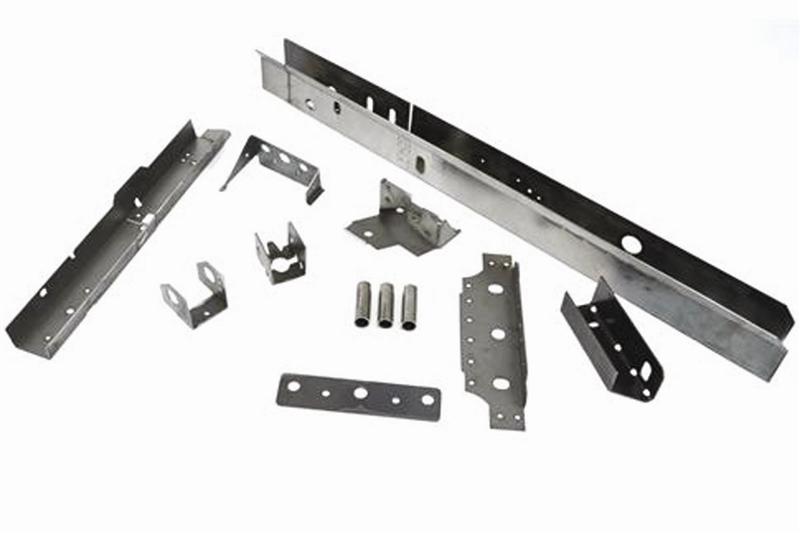 I also know that many would just patch it up and send it. If you are having issues with alignment and rubbing though, I would have a professional assessment done first.

The car isn't ruined. Anything can be fixed. A minor buckle isn't the end of the world but you want the frame pulled back square. It may be square and an alignment issue could be the cause of the tracking and rubbing.

That crack should be able to be welded up and just about as good as new. Without seeing pics of the impacted structure it's hard to determine what repair action needs to be taken. Pictures also sometimes hide details.

I agree with the other members here on the frame machine, I'll add not to take it to that shop that didn't return your call,

Find a body shop with an old-timer that's been working a frame machine since before your car was new if possible.

A lot of body shops these days have young guys that got a crash-course at UTI or Wyotech and then set loose on the industry.

On top of that, the steel used to build a car now is different from what was used 36 years ago, it needs to be worked differently.
Reactions: Boostedpimp, 90sickfox and General karthief

Thank you all for your replies, it's a huge load off my shoulders to know that I haven't destroyed the car, although it's very likely going to destroy my wallet.

It seems I am looking for a body shop that has been in business for awhile and deals with classic cars.

I know of one in my area off-hand that has done excellent panel and paint work on my Mom's current and previous cars, but those weren't frame repairs and they were both modern cars. Their website says they opened in 1979, the guy bought the place as an employee in 1983 and they've been in their current location since 1985, literally the year my car was built. The problem is they don't specialize in classics and their "services" section doesn't say anything about a frame rack. I'll give them a call tomorrow and see if they can help me or at least point me in the right direction. Here's the link for anyone who's interested, there may be some red flags that I wouldn't know to catch.

Edit: I think actually my Mom took her car here, all the industrial park buildings look the same. The other place still looks nice, so I'll probably still call them.

I also have a former boss and family acquaintance that is a big classic (like 1890s-1940s) car collector who might be able to recommend someone. I'll shoot him an email, although he can be kind of a grouch sometimes so I might just get a scolding for crashing the car in the first place, we'll have to see.

Edit 2: Ok, I talked to my Mom and THIS is where she brought the car. I got confused because the place is in Schaumburg and the guy that runs it is named Jerry.

E
Any way to tell if my car is modified?